New York is the most populous city in the United States of America. Located at the southern tip of the state of New York, the city is the center of the New York metropolitan area, one of the most populous urban agglomerations in the world, with a population of over 8,550,000 in the land area of 790 sq. km. Situated on one of the world’s largest natural harbors, New York consists of five dramatically diverse boroughs– Brooklyn, Queens, Manhattan, The Bronx, and Staten Island.

Many districts and landmarks in New York City have become well known, and the city is always among the favorite destination of tourists, receiving a record of nearly 60 million tourists in 2015 and hosting three of the world’s ten most visited tourist attractions in 2013. Thanks to all the numerous TV series and movies that set in New York, the world is familiar with the landmarks of the city – Times Square, Broadway Theater District, Wall Street, New York Stock Exchange, Central Park and the most iconic Statue of Liberty.

Nicknamed “The Big Apple” or “The City That Never Sleeps”, New York is truly the destination for every lifestyle. From downtown Manhattan and Brooklyn boutiques, restaurants, waterfront concerts, markets, and festivals to the lush parkways, zoos, and cultural institutions throughout uptown Manhattan, Staten Island, The Bronx, and Queens, you can never run out of ideas. Every neighborhood offers a different version of the city – from the 100-year-old Jewish delis of the Upper West Side to the meandering cobblestone lanes of Greenwich Village. There’s no such thing as an “average” day in New York.

New York has some of the most expensive luxury real estate in the world, due to the scarcity of land and intense competition. The average price of a home in the city is roughly US$2 million. A project near Central Park completing in 2017 has the most expensive condominium penthouse for sale in history, asking for a whopping US$250 million. 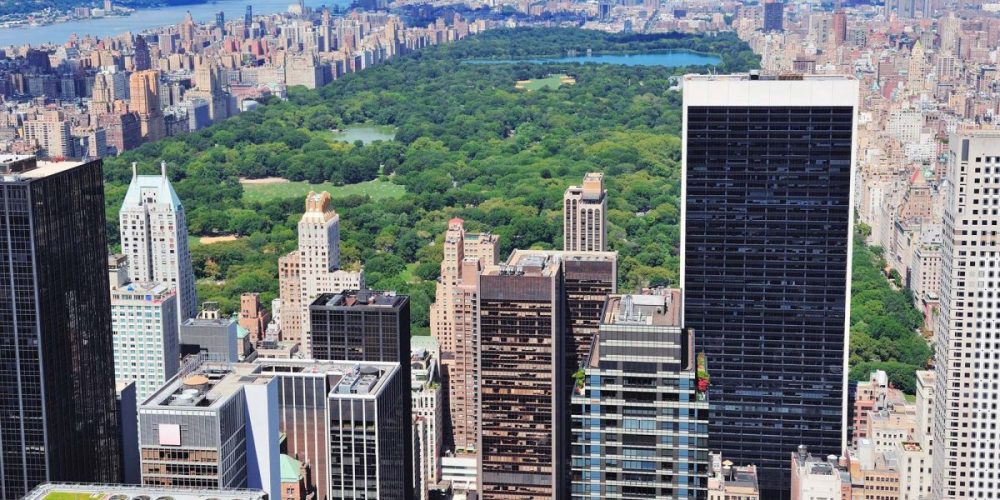 The Upper East Side is synonymous with old money and classic New York. Extending from Fifth Avenue and the border of Central Park to the East River, life between East 59th and 96th streets in Manhattan’s fashionable Upper East Side is sleek, chic, and classic. With easy access to fine restaurants, art galleries, gourmet food shops and marvelous shopping destinations on Fifth Avenue and Madison Avenue, along with the famed Plaza Hotel and the beautiful urban oasis of Central Park, Upper East Side is the sophisticated neighborhood for the posh. Museum Mile housing the renowned The Metropolitan Museum of Art and many others is a culture hub that draws crowds from around the city and the world.

The Upper East Side includes some of the most luxurious properties in the world, with landmarked brownstones lining the prime residential streets between the avenues. Famous American families including the Roosevelts and Kennedys, have called this area home and left behind stunning architecture and most elegant historic and prewar homes. Loved by families, the Upper East Side offers prestigious private schools, safe streets, countless playgrounds and the plentiful greenery. With tons of restaurants, bars, cafes, schools, supermarkets, libraries and cultural sites, there’re always reasons to stay. Average residential property price per sq. ft. is around US$1,400 in Upper East Side. 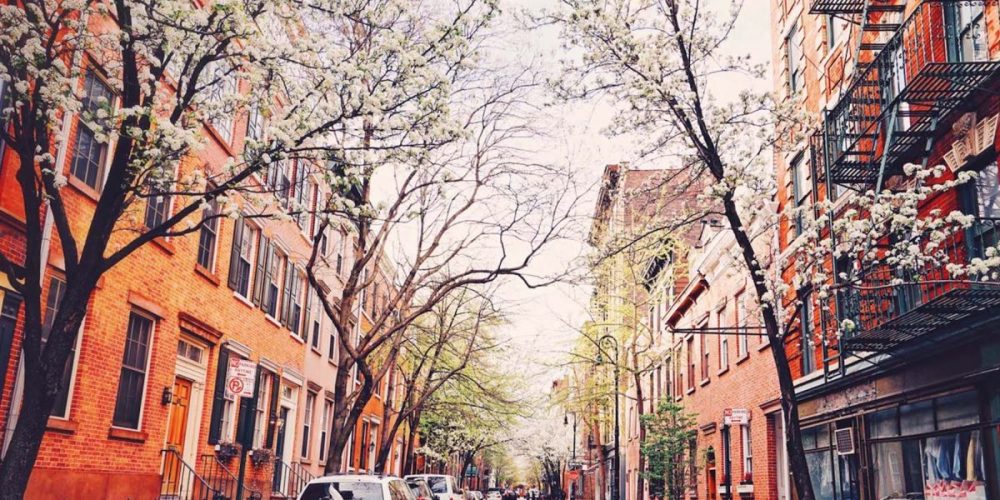 The West Village is bounded by the Hudson River, the south side of 14th Street, the north side of Houston Street, and the west side of Seventh Avenue and Seventh Avenue South. Formerly known as “Little Bohemia, West Village is a charming and coveted neighborhood reminiscing a European city with its narrow, winding tree-lined streets, timeless courtyards and magnificent 19th-century townhouses as well as the quaint converted stables. The neighborhood comes alive at night where people from everywhere of the city are attracted to the eateries and bars to drink and dance into the night while taking delight in the magnificent views of the Statue of Liberty and the New Jersey skyline.

Popular with families of affluent professionals and big-name celebrities, the West Village is easily accessible by public transportation but remains more sedate than neighboring Greenwich Village. Having a quaint, small-town vibe, West Village real estate offers splendid views overlooking the city and the river, boasting classic artists lofts and walk-ups in red brick townhouses as well as newly completed condominiums. Its average residential property price per sq. ft. is around US$ 2,372. Tribeca, whose name came from “the Triangle Below Canal Street”, is situated just south of SoHo, extends from Canal Street down to Park Place, between Broadway and the Hudson River. It is formerly an industrial district and the area still retain many rusty buildings of bricks. Along with one-of-a-kind shops in splendid architectural spaces, the neighborhood offers a wide range of dining options, from casual sidewalk cafes to some of the city’s finest restaurants. With many artists among its residents, Tribeca is a dynamic cultural center with cutting-edge galleries, artists’ studios, theater spaces and live music venues. The neighborhood’s long stretch of waterfront offers a fitness trail perfect for enjoying a run or walk by the river. The nightlife in Tribeca is busy but refined, attracting a cosmopolitan crowd who have a well-curated appreciation for the finer things in life. The area annually hosts the acclaimed Tribeca Film Festival.

Known for its high-end real estate and well-heeled residents, Tribeca is an upscale neighborhood full of a wonderful array of beautifully-restored, cast-iron warehouse buildings along the wide historic streets of cobblestone. The magnificently converted lofts retain details of the prior use of the buildings, such as exposed wooden beams, extra-large windows, exposed brick and wall-sized rolling fire doors. Unlike most of downtown, the sidewalks and street views offer room to breathe. It’s no wonder that families and young professionals love calling it home. Average residential property price per sq. ft. is around US$1,821 in the area. 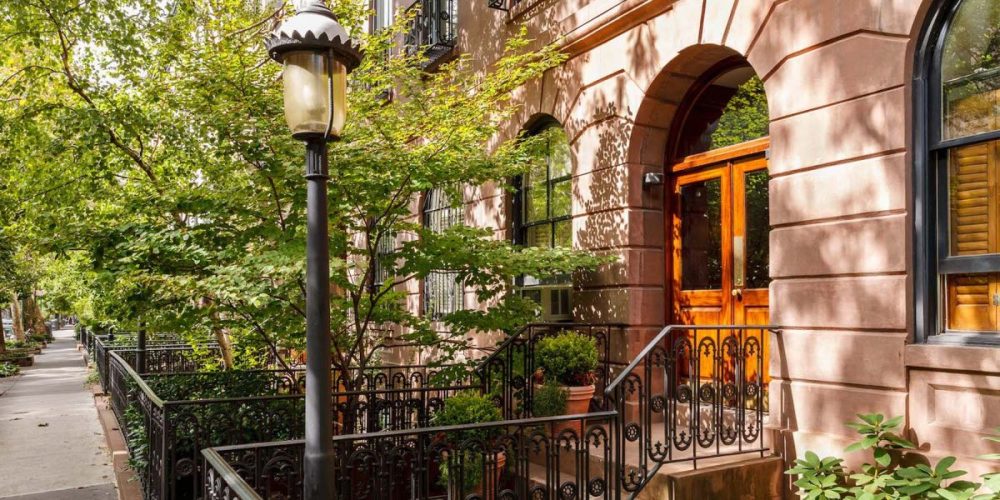 Situated on Manhattan’s West Side between 14th and 30th Streets, along the Hudson River, Chelsea has become one of the city’s most dynamic neighborhoods. Its thriving arts scene has always been a big draw for creative types. It is the home of the Dia Center for the Arts, the Chelsea Art Museum and nearly 200 art galleries. The neighborhood also has stylish shops, off-Broadway theater and some of the most exclusive restaurants and bars in the city, always open, day or night. When they called New York “the city that never sleeps”, they were probably thinking about Chelsea.

Chelsea’s residential real properties include new construction luxury condominiums along the High Line, loft buildings converted to residential usage and some beautiful and historic townhouses nestled gracefully within the neighborhood’s hustle and bustle. Some other property types include prewar apartments, new construction luxury apartments and loft buildings converted to residential usage. Chelsea is one of the densest residential neighborhoods in the city but the real estate prices are steep – average residential property price per sq. ft. is around US$1,778. 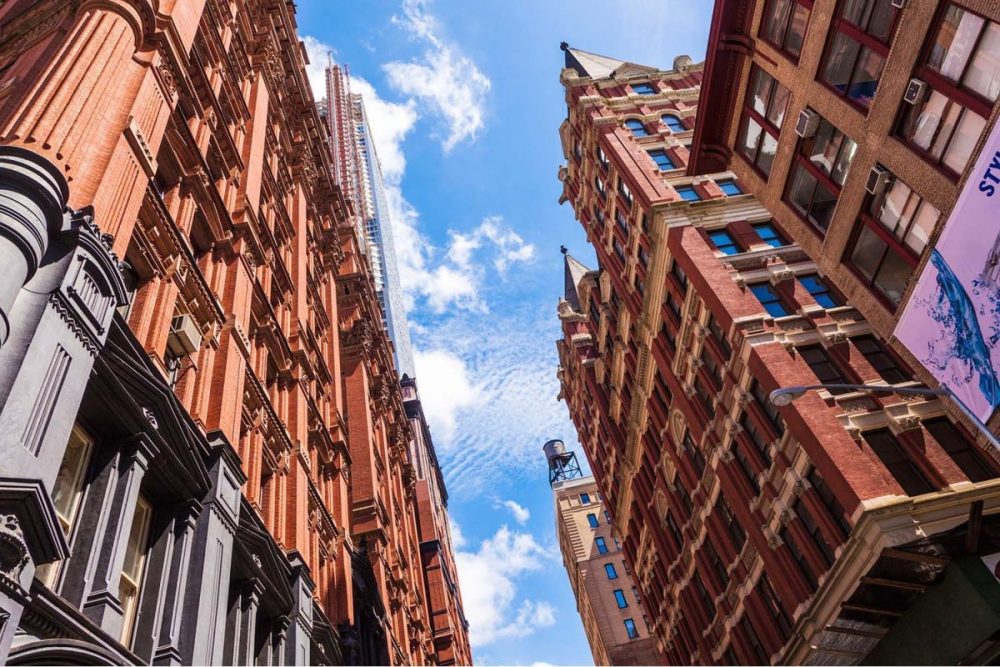 Named for its location “South of Houston” street, Soho is one of New York’s most desirable and stylishly eclectic neighborhoods. Encompassing the area between Houston and Canal Streets from Broadway to the Hudson River, the flourishing main shopping areas of Broadway and West Broadway, intersected by charming cobblestone-lined side streets, are lined with a wealth of fine shops, design stores and unique boutiques. Also known for its dynamic nightlife, SoHo is home to a variety of performance centers, clubs and lounges along with superb restaurants, European-style cafes, and several new hotels. 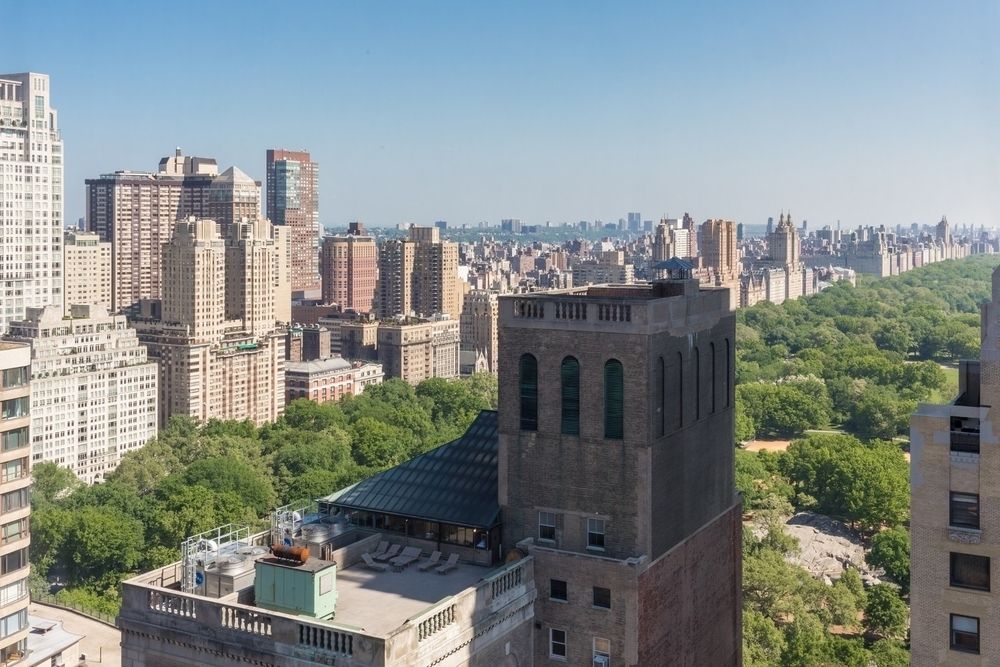 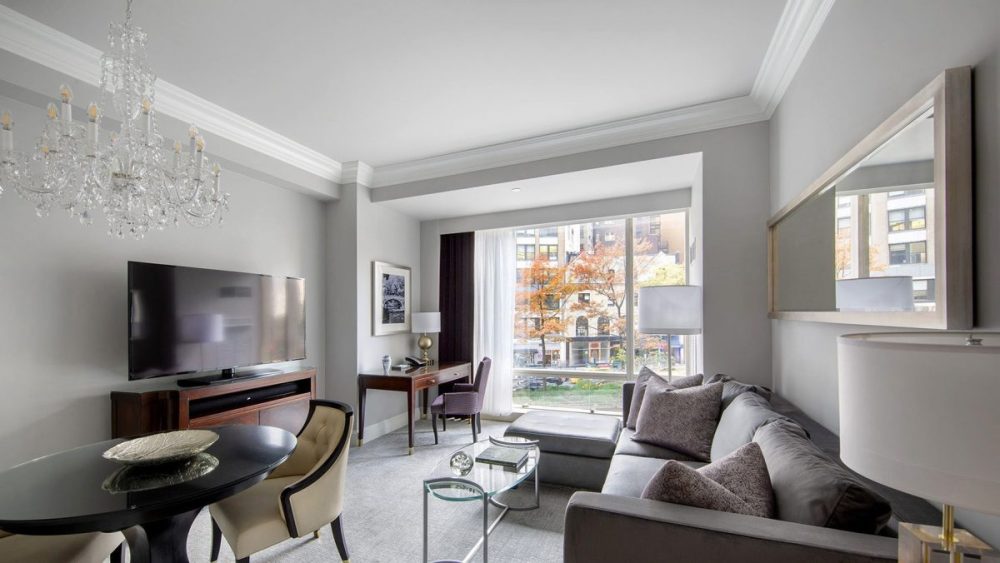