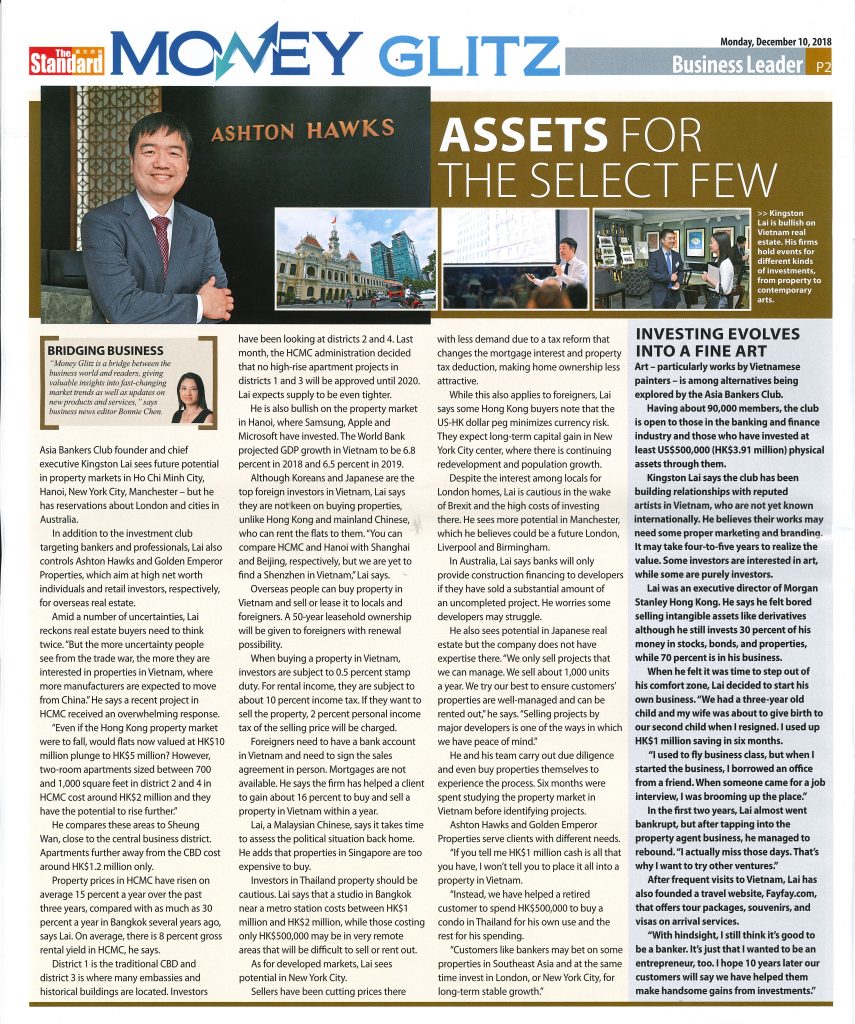 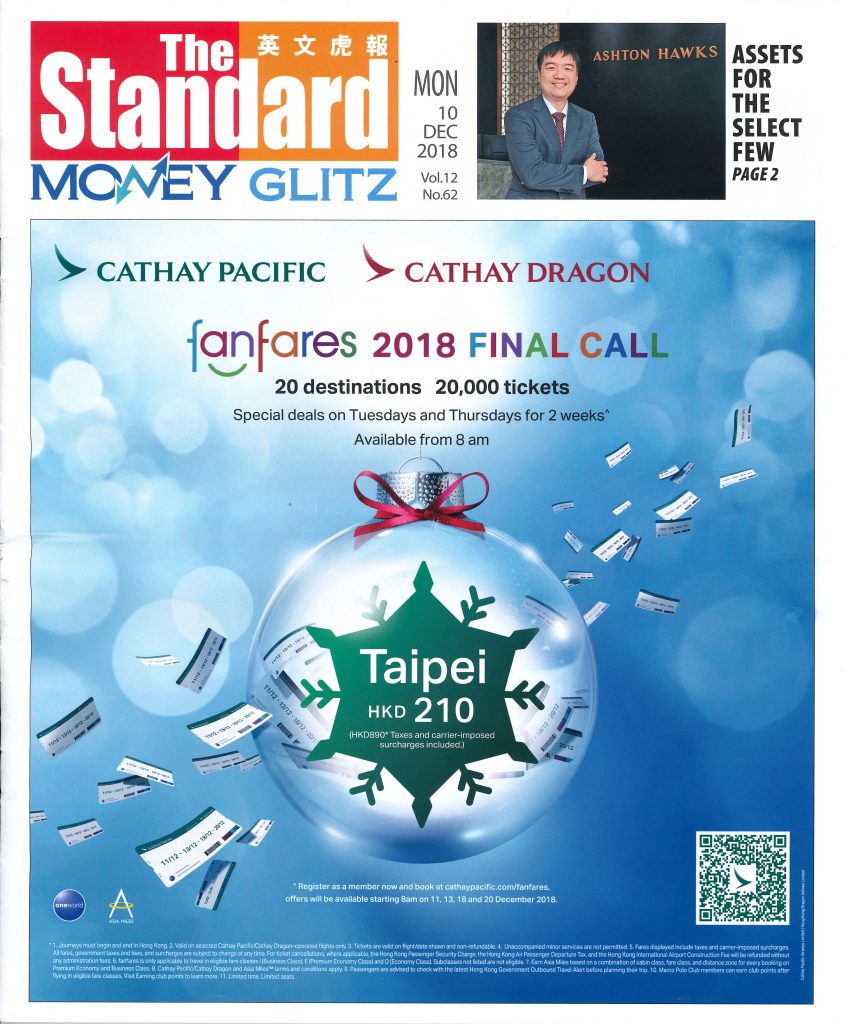 Amid a number of uncertainties, Lai reckons real estate buyers need to think twice. “But the more uncertainty people see from the trade war, the more they are interested in properties in Vietnam, where more manufacturers are expected to move from China.” He says a recent project in HCMC received an overwhelming response.

“Even if the Hong Kong property market were to fall, would flats now valued at HK$10 million plunge to HK$5 million? However, two-room apartments sized between 700 and 1,000 square feet in district 2 and 4 in HCMC cost around HK$2 million and they have the potential to rise further.”

He compares these areas to Sheung Wan, close to the central business district. Apartments further away from the CBD cost around HK$1.2 million only.

Property prices in HCMC have risen on average 15 percent a year over the past three years, compared with as much as 30 percent a year in Bangkok several years ago, says Lai. On average, there is 8 percent gross rental yield in HCMC, he says.

District 1 is the traditional CBD and district 3 is where many embassies and historical buildings are located. Investors have been looking at districts 2 and 4. Last month, the HCMC administration decided that no high-rise apartment projects in districts 1 and 3 will be approved until 2020. Lai expects supply to be even tighter.

He is also bullish on the property market in Hanoi, where Samsung, Apple and Microsoft have invested. The World Bank projected GDP growth in Vietnam to be 6.8 percent in 2018 and 6.5 percent in 2019.

Although Koreans and Japanese are the top foreign investors in Vietnam, Lai says they are not keen on buying properties, unlike Hong Kong and mainland Chinese, who can rent the flats to them. “You can compare HCMC and Hanoi with Shanghai and Beijing, respectively, but we are yet to find a Shenzhen in Vietnam,” Lai says.

Overseas people can buy property in Vietnam and sell or lease it to locals and foreigners. A 50-year leasehold ownership will be given to foreigners with renewal possibility.

When buying a property in Vietnam, investors are subject to 0.5 percent stamp duty. For rental income, they are subject to about 10 percent income tax. If they want to sell the property, 2 percent personal income tax of the selling price will be charged.

Foreigners need to have a bank account in Vietnam and need to sign the sales agreement in person. Mortgages are not available. He says the firm has helped a client to gain about 16 percent to buy and sell a property in Vietnam within a year.

Lai, a Malaysian Chinese, says it takes time to assess the political situation back home. He adds that properties in Singapore are too expensive to buy.

Investors in Thailand property should be cautious. Lai says that a studio in Bangkok near a metro station costs between HK$1 million and HK$2 million, while those costing only HK$500,000 may be in very remote areas that will be difficult to sell or rent out.

Sellers have been cutting prices there with less demand due to a tax reform that changes the mortgage interest and property tax deduction, making home ownership less attractive.

While this also applies to foreigners, Lai says some Hong Kong buyers note that the US-HK dollar peg minimizes currency risk. They expect long-term capital gain in New York City center, where there is continuing redevelopment and population growth.

Despite the interest among locals for London homes, Lai is cautious in the wake of Brexit and the high costs of investing there. He sees more potential in Manchester, which he believes could be a future London, Liverpool and Birmingham.

In Australia, Lai says banks will only provide construction financing to developers if they have sold a substantial amount of an uncompleted project. He worries some developers may struggle.

He also sees potential in Japanese real estate but the company does not have expertise there. “We only sell projects that we can manage. We sell about 1,000 units a year. We try our best to ensure customers’ properties are well-managed and can be rented out,” he says. “Selling projects by major developers is one of the ways in which we have peace of mind.”

He and his team carry out due diligence and even buy properties themselves to experience the process. Six months were spent studying the property market in Vietnam before identifying projects.

“If you tell me HK$1 million cash is all that you have, I won’t tell you to place it all into a property in Vietnam.

“Instead, we have helped a retired customer to spend HK$500,000 to buy a condo in Thailand for his own use and the rest for his spending.

“Customers like bankers may bet on some properties in Southeast Asia and at the same time invest in London, or New York City, for long-term stable growth.” 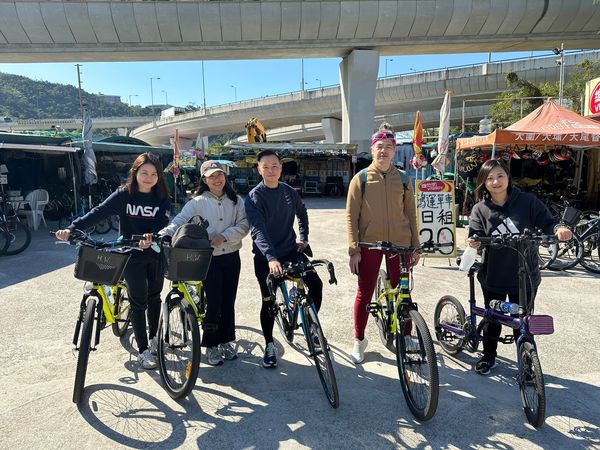 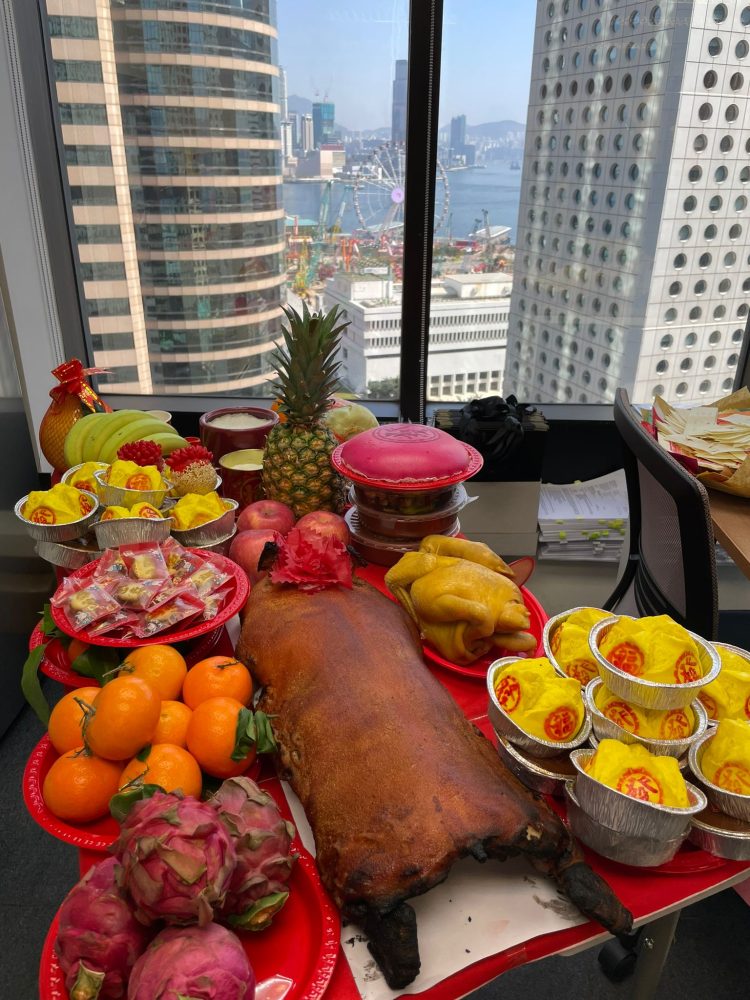 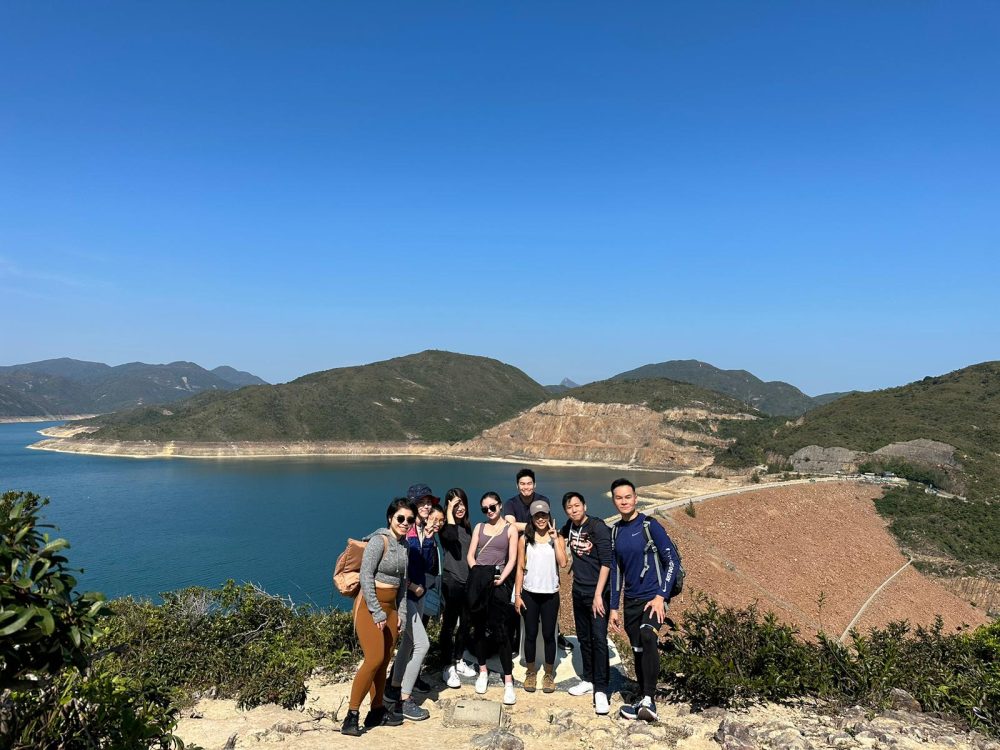